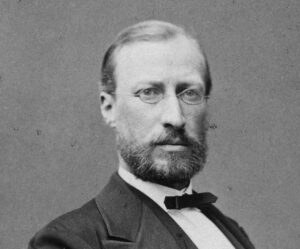 Considered by many to have been the greatest heteropterist of his time, if not all time. Carl Stål was born in Stockholm, Sweden, 21 March 1833 and died at Frösundavik, near Stockholm, 13 June 1878, at the young age of 45, making his many accomplishments all the more remarkable. He studied medicine at Uppsala University (1853–1857) and earned his Ph.D. in entomology at the University of Jena in 1859, after which he became assistant to Carl Henrik Boheman at the Swedish Museum of Natural History. In 1867 he was appointed professor and head of Zoology. Although noted primarily for his work on Hemiptera, he also published Coleoptera and Orthoptera. He is known for his succinct descriptions of new taxa and broad understanding of higher-group relationships, especially within the Pentatomomorph. His most important works include Contributions to the Rio Janeiro Hemiptera fauna (1860–1862), Hemiptera Africana, (1865–1866), Hemiptera Fabriciana (1868), and Enumeratio Hemipterorum (1870–1876). An obituary was prepared by Reuter (1878) and a list of publications was given by Spangberg (1879). His collection is in the Swedish Museum of Natural History. 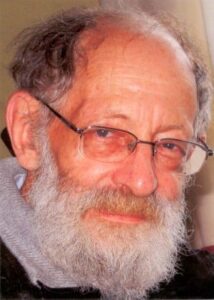 Izyaslav "Izya" Moiseyevich Kerzhner, born in Dnepropetrovsk, Ukraine, on 6 March 1936 and died in St. Petersburg, Russia, on 29 May 2008, was a highly respected heteropterist well-known for his gift of languages and his kindness and generosity in helping others with entomological literature, nomenclature, and difficult taxonomic matters (Emeljanov 2009, Schuh and Weirauch 2020). He completed his education at Leningrad State University and spent his career at the Zoological Institute in St. Petersburg. He was a commissioner on the International Commission on Zoological Nomenclature from 1996 until 2008 and a founder and Editor-in-Chief of Zoosystematica Rossica. He published numerous important papers (Gapon 2008), many of which were monographic in nature, and described new taxa across a wide range of heteropteran families (Gapon and Konstantinov 2008). Among his many contributions, some of the most important include the Hemiptera (including the families Miridae and Nabidae) of the European USSR (Kerzhner 1964), a monograph on the Nabidae of the USSR (Kerzhner 1981), the Hemiptera of the Far-Eastern USSR (Kerzhner 1988), and his editorial contributions and authorship of many families, including the Miridae, in the Catalogue of the Heteroptera of the Palearctic Region (Kerzhner and Josifov 1999). He was a strong supporter of the International Heteropterists's Society and hosted the Second Quadrennial Meeting in 2002.

Kerzhner, I. M. and M. Josifov. 1999. Cimicomorpha II. Miridae. Volume 3. In Aukema, B. and C. Rieger, eds. Catalogue of the Heteroptera of the Palaearctic Region. Netherlands Entomological Society, Amsterdam. 576 pp.